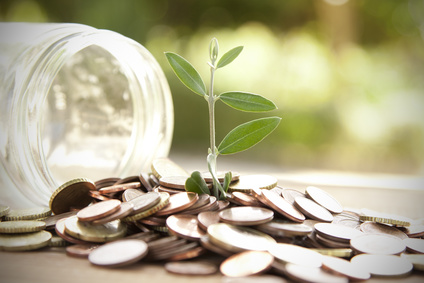 After its abandoned attempt to acquire Syngenta in October 2015, Monsanto stated it would continue its search for best acquisition targets within the agriculture industry claiming that “consolidation is inevitable”. The statement turned out to be prophetic. The agriculture industry has seen a signification M&A activity throughout 2016 – first with ChemChina acquiring Syngenta in a US$43 billion deal, followed by a planned merger of Dow and DuPont (probably two of the largest agrochemical companies), and now with Bayer announcing a US$66 billion deal to acquire Monsanto – putting further pressure on the already competitive and consolidated industry.

Every deal can bring positives and negatives, depending on from whose point of view the deal is looked at. While some may see positives in the Bayer-Monsanto deal, indicating it as the logical step of vertically integrating in the agriculture supply and value chain, others see it as a risk, and a desperate move by Bayer to remain competitive in a consolidating industry, especially when Monsanto has a not-so-good reputation among consumers.

The joint portfolio of Bayer and Monsanto will surely allow the combined entity to move to the forefront and become a leader in seeds and pesticides market (holding more than a quarter share in the segment post the acquisition), which will allow the company to dictate terms in the market – definitely a positive from the investors’ point of view. Further, a cash-only deal, financed by the company’s cash reserves and new debt, display Bayer’s optimistic expectations about the company position in the near future, acting as a sweetener for the investors.

The combined Bayer-Monsanto entity is also expected to achieve improved operational efficiencies. Bayer claims the merger will result in annual synergies of US$1.5 billion after three years, bringing in operational costs reduction. Consolidation of R&D expenditure is also likely to result in further cost savings.

However, there are some critical voices as well. Historically, Monsanto has had a bad reputation for its aggressive policies, and was rated the third most hated company in the USA in 2015. Acquiring such a company could backfire on Bayer. Moreover, certain investors feel that pursuing the cash only deal may put pressure on Bayer’s core pharmaceutical business.

If the Bayer-Monsanto deal, as well as the Dow-DuPont merger, get the regulatory approvals, they will effectively end up consolidating more than 75% of the agricultural supplies market in the hands of four companies (Bayer-Monsanto, Dow-DuPont, ChemChina-Syngenta, and BASF). This presumably is likely to leave smaller companies at a very disadvantageous position, fighting for their survival.

A number of regulatory authorities (30 in case of Bayer-Monsanto deal) will engage in a long drawn process (lasting the entirety of 2017) to ensure the market remains competitive, and that must be enough for smaller companies and consumers to cling onto.

Experts feel the Bayer-Monsanto merger might lead to poorer choice and lower number of product options for consumers to choose from. This may lead to a rise in prices of agricultural supplies, which is not likely to go down well with the consumers, as the agricultural commodity prices and incomes have dropped to their lowest levels in the past couple of years. Any increase in raw material prices is likely to leave consumers scraping for margins.

Which of these positive and negative outcomes actually materialize will likely depend on how the industry behaves in the next year and a half, as Bayer and Monsanto wait to get the required regulatory approvals. If the deal gets a green light, the nature of competition in the agricultural supplies industry is undoubtedly destined to be ‘genetically modified’.