India’s indulgence in dark chocolate is gradually rising. While the Indian chocolate industry has grown manifold over the decade, especially in milk and white chocolate segments, it is the dark chocolate segment that has gained momentum in the recent years. The growth in demand for dark chocolate can be attributed to the growing health consciousness, increased per capita income of the urban population, and exposure to foreign flavors, especially amongst urban Indians. Most of the demand (and market) is currently limited to urban cities as dark chocolate is typically priced higher than other chocolate types. Nevertheless, though still getting accustomed to the bitter taste of dark chocolate, Indian market offers great growth prospects for players associated with this sector provided they plan efficiently and act keeping in mind the specifics of the Indian market scenario. 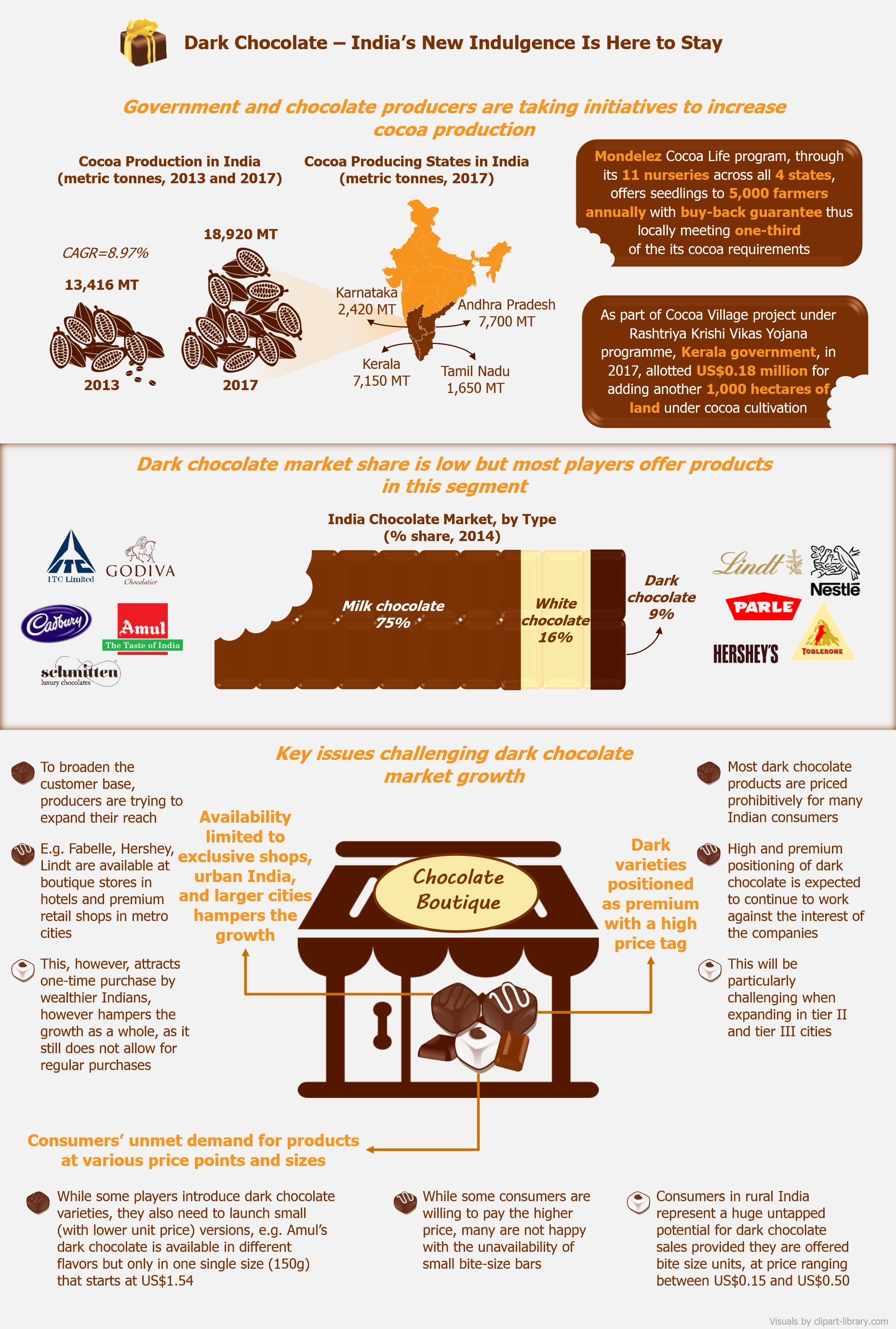