Pollination is critical for crop production and honey bees are an integral part of it, performing 80% of pollination globally. Unfortunately, for the past ten years or so, the world has been witnessing massive disappearance of bees, primarily in the USA and Europe, where the annual hive losses are now 30% or higher. Disruption in bee population is largely driven by the use of harmful agricultural chemicals, climate change, and habitat loss.

Depletion of bee population will not only disrupt ecosystems, but will also cause major global food production problems. In countries such as the USA, pollination is responsible for production of at least 90 types of commercial crops, which contribute 15-30% of an average American’s diet.

Disruption in bee populations has already driven up the prices of some food items that are heavily dependent on bees for pollination on a large scale. Besides the agricultural sector, the economic brunt of vanishing bees will also be witnessed by industries using beeswax and honey as raw materials, for instance by the consumer products sector.

Nevertheless, efforts are being made by governments, particularly in the USA and Europe, to develop strategies to preserve the pollinators. Other countries are acknowledging the problem too, for instance scientists in Japan have developed robot bees to pick up some of the pollination slack but the effectiveness of such replacement technologies is yet to seen. 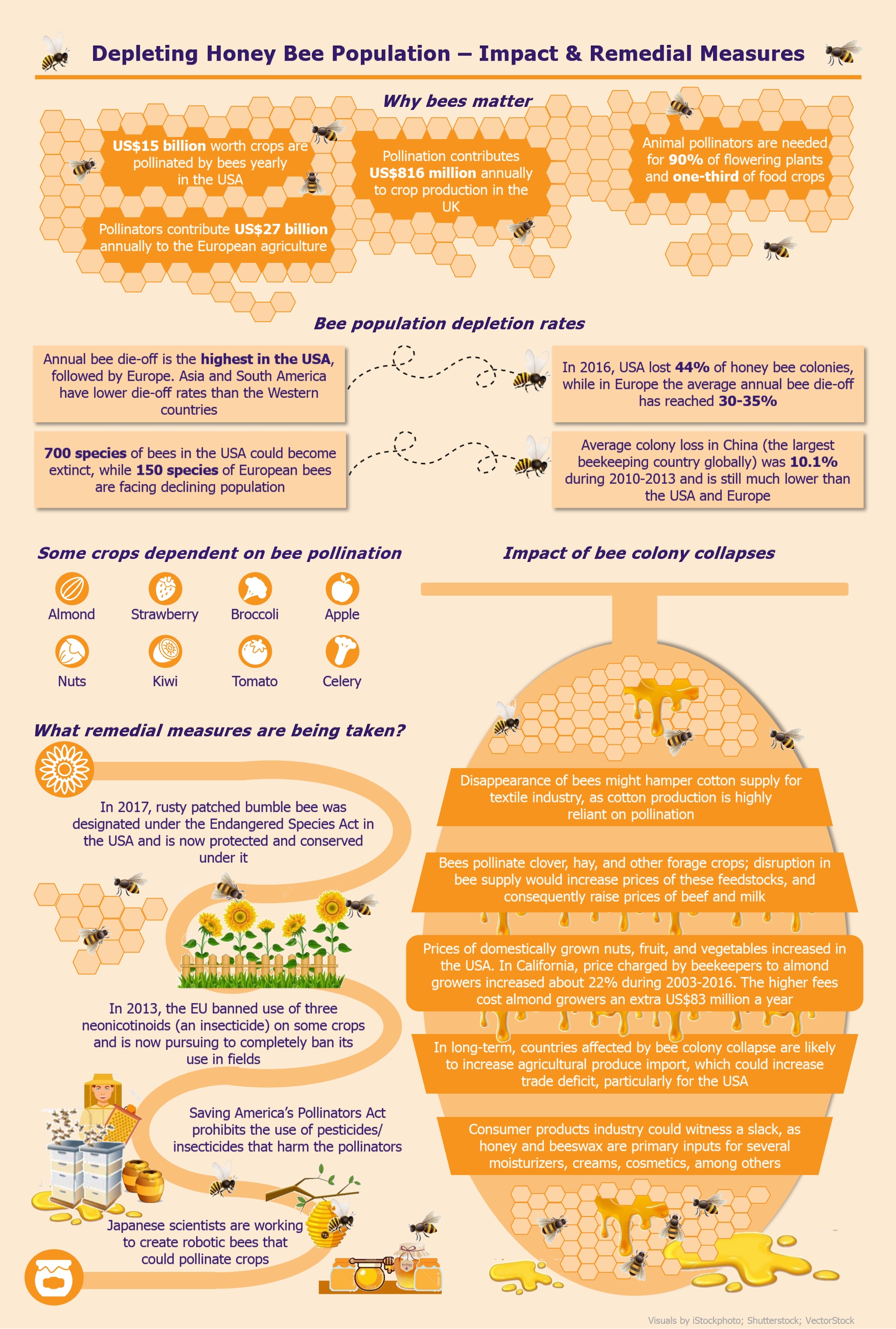