India is seen as an upcoming solar energy investment hotspot after its announcement of an ambitious target to install 100 GW of solar power capacity by 2022, which we wrote about in our article “Solarizing India – Fad or Future?” in July 2015. However, in view of record low tariffs following the competitive bidding, investors have begun to raise concerns over the viability of such solar projects and doubt to earn desired returns on their investment. 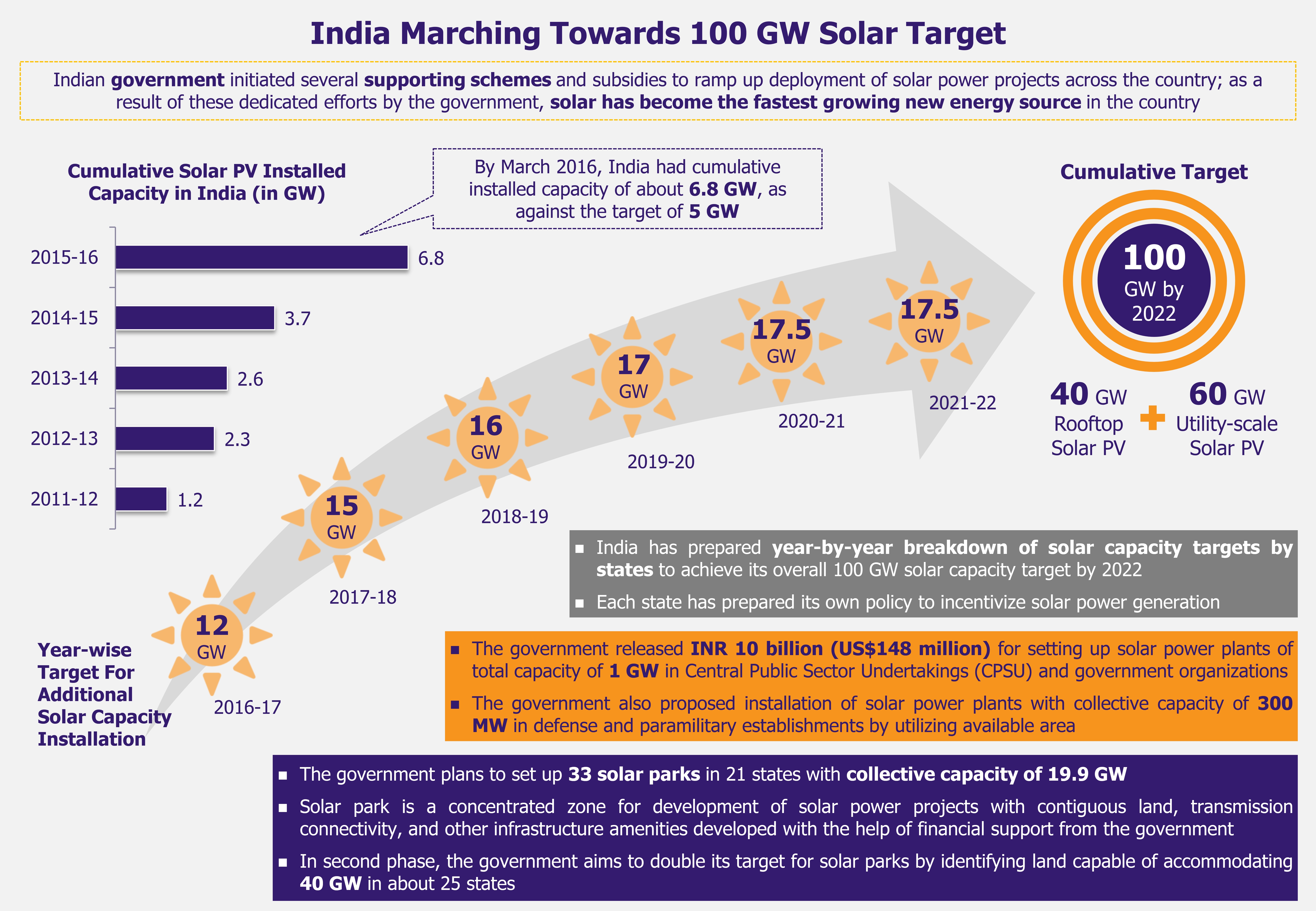 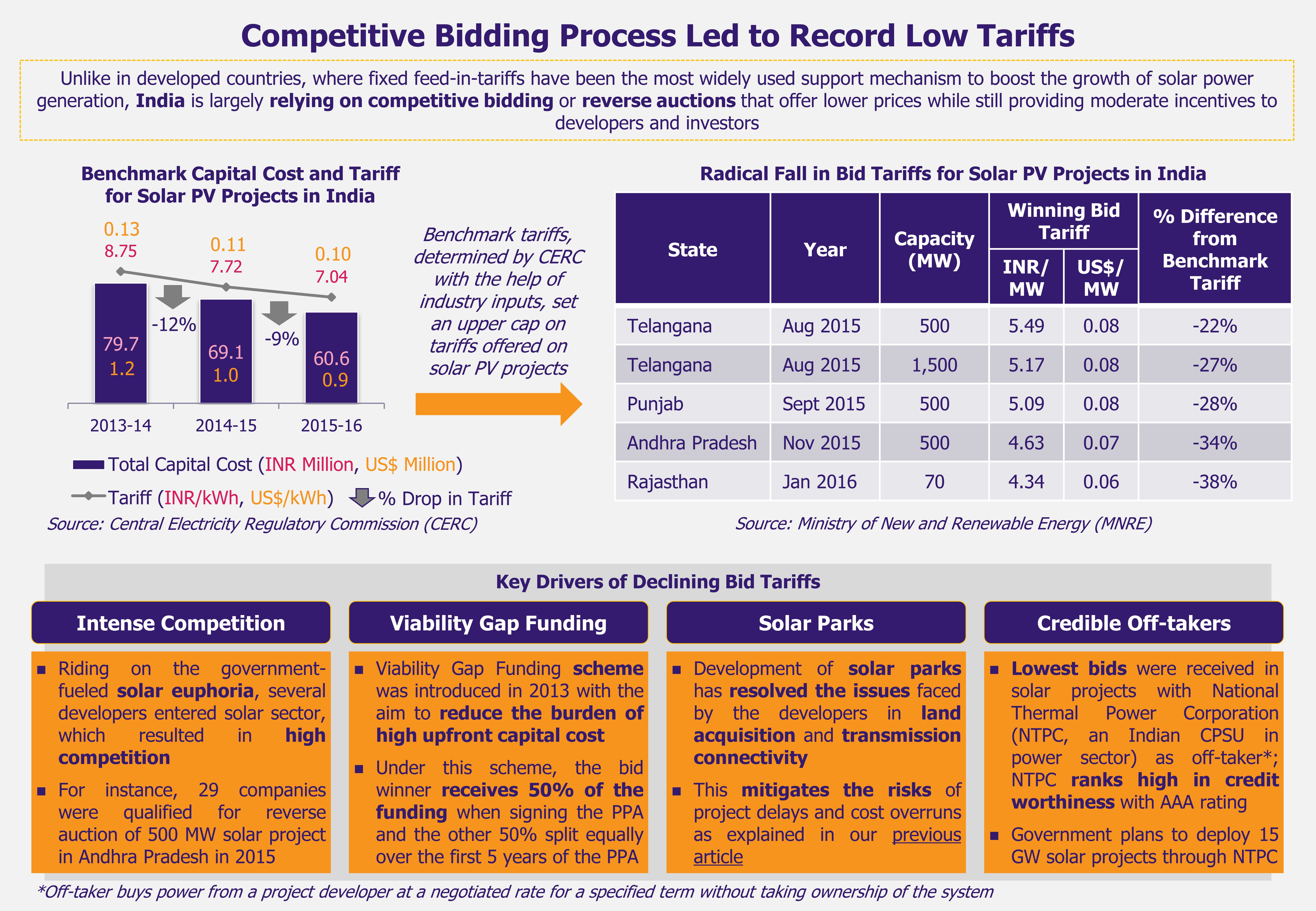 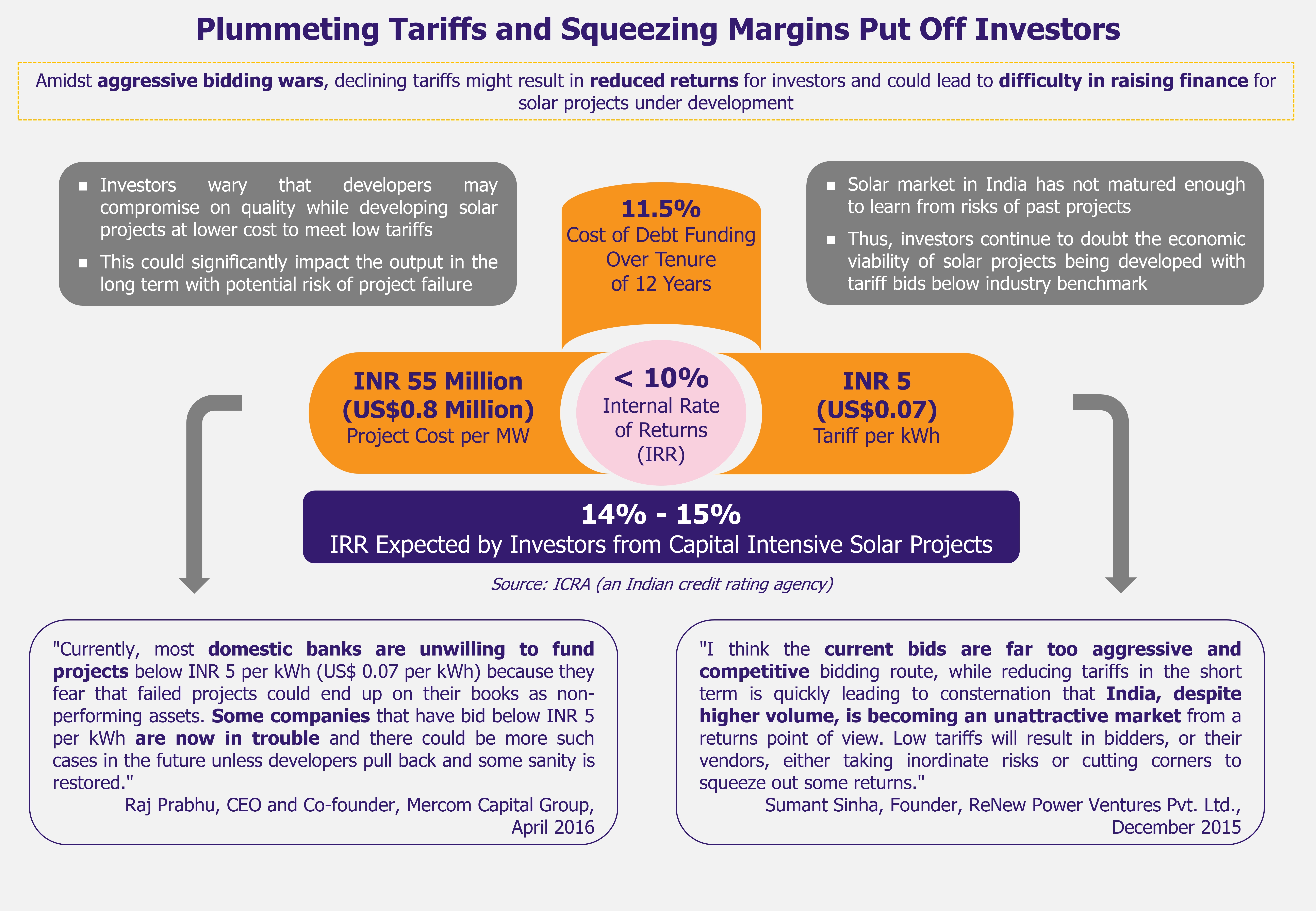 Indian government has been strongly in favor of competitive bidding or reverse auctions in order to bring down the cost of solar power. Though the solar power costs have significantly declined, aggressive bidding wars have resulted in irrational competition and unsustainable business models. Amidst concerns over viability of solar projects with such low tariffs, investors have become extremely cautious and suspect solar might be a risky investment. Developers may soon find themselves in financial constraints if the investors’ confidence continues to wane.

In such a scenario, Indian government should review the reverse bidding process of solar projects to balance the bid tariffs with viability. Another alternative is to device low cost financing avenues for solar projects. For instance, the government is planning to raise US$600 million for renewable energy projects by issuing tax-free bonds. This fund will be made available for development of renewable energy projects (including solar projects) at an interest rate of 10.5%, which is lower than the rates offered by the domestic banks. Solar projects are highly capital intensive and the government will need to be at the forefront in raising adequate funds to achieve its ambitious solar target in time.