Vietnam is a lower-middle income country (GNI per capita US$1,550 as of 2012) with a population of about 89 million (14th most populous country as of 2012). Entitlement of healthcare to every citizen is imbibed in Vietnam’s constitution, and the country has taken steps to achieve it. National Strategy on Protection and Care of the People’s Health (2001) increased the state’s role in ensuring basic healthcare services to all Vietnamese. The Law on Health Insurance (2008) was formulated with the objective of achieving universal health insurance coverage.

As of 2011, more than 60% population were covered under the Social Health Insurance (SHI) scheme. The government is aiming to cover rest of the population (primarily the people from the informal sector) by 2014.

If achieved, Vietnam would be among few Asian countries with 100% Universal Health Care (UHC) coverage for its citizen. For a private sector player (pharmaceutical company, medical device manufacturer, or a healthcare service provider), this should materialize in to increased sales, as the number of customers (which otherwise are faced with financial constraints to avail healthcare services/products) grow. 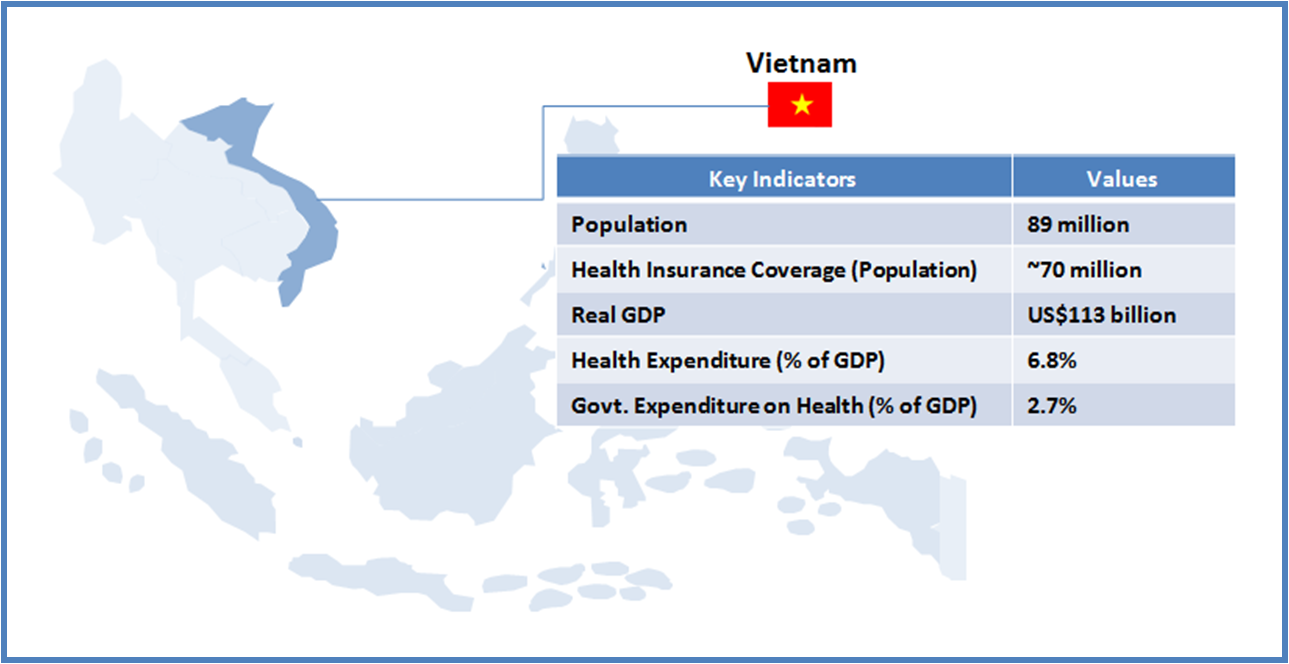 However, from a long term perspective, sales prospect are likely to depend on the government’s ability to maintain service levels, to tackle emerging healthcare challenges within UHC mandate, and to ensure availability of finances for SHI. The current design and the support infrastructure would determine the long term success of SHI (and hence the prospects of the companies from healthcare industry).

One of the key priorities for the Vietnamese government is to meet the target of 100% population coverage. For a populous country, such as Vietnam, the public healthcare system is hamstrung by the lack of infrastructure (a crucial factor in determining the success of UHC in the long term), which is aggravated by the concentration of healthcare in specific regions (e.g. urban centers). Design of Vietnamese UHC appears to be robust in terms of clarity in beneficiary classification and wider coverage of healthcare services (e.g. outpatient services). However, to ensure success, the government would be required to bring the informal sector population within the UHC ambit.

A comparative with other countries in the region should provide a better perspective on the actual potential of Vietnam as a prospective destination for devices and drugs companies alike.